Art show ‘The White Curtain’ to be seen in the Vishal. Horror Vacui? Afraid of the emptiness? As a visitor, be curator and create your own exhibition in the Vishal!
August 11- September 9 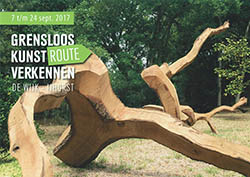 Art route from September 7 until September 24. My work is on show at the church in IJhorst. 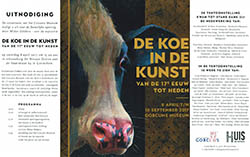